It’s been a bit since I posted. Turns out that travel is a couple of things that I forgot:

It’s now the end of April, 2014 and we’ve been on the road since April 1. We’ve been to Kuala Lumpur and Penang in Malaysia, Siem Reap, Cambodia, and Ho Chi Minh City and Hoi An, Vietnam.

A couple of observations: It’s hot here – but not unbearably so. Temps range anywhere from 80’s to upper 90’s F. We love the omnipresent sunshine and the warmth that soaks into bones long-used to being cold. The sun brightens our spirits more than I thought it would and the lush greenery everywhere has a similar effect.

In general, people are friendlier than I expected. Some countries or cities more than others, but we found that, just like everywhere else we’ve been, if you are genuine, sincere, and willing to try something, people want to help you. (We found it also helps to learn ‘please’, ‘thank you’, and maybe a few other words (beer, and bathroom are my other go-to’s).

As we have moved from southwest (Malaysia) to northeast (Vietnam), signs of Western influence have been everywhere. In Malaysia they were British. Cars drive on the left side of the road, English words have British spellings (like “colour” instead of “color” for example). The farther east you go, the more French influence there is. Many of the mid – to large cities were laid out by French planners. Phnom Penh and Saigon (Ho Chi Minh City) feel distinctly like Washington DC or Paris in places (yes, D.C. was designed by a Frenchman)- with those broad tree-lined boulevards connected in a latticework joined by large traffic circles with monuments or fountains in the center.

The cuisine gets increasingly French-influenced as you head east as well. Headed east from Bangkok, starting in Cambodia, the ever-present street cart vendors switched were selling Banh mi – a delicious sandwich, often with pâté, head cheese, or chicken on honest-to-god white baguettes (and damn good ones too). The coffee also gets more French in look and taste. Tiny cups of darkly roasted stuff. The local twist is unfortunately instant and is combined with syrupy sweetened condensed milk. After a few weeks without 16 ounce mugs of the great stuff from Coffee Emporium in Cincinnati, though, I’ve become somewhat of a convert.

Scooters are everywhere – millions of them. Bicycles too, but not so much as 30 years ago, I’m told. As in many developing countries, people learn to make do with very little – hence the common sight of families of 4, 5, or even 6 on a tiny scooter. Saigon has been the most hectic city so far, with the scooter traffic so thick, it almost had a pulse of its own. Learning to cross the street was intimidating, but once we got the hang of it, was akin to snorkeling through a school of fish. As long as you set a straight and predictable course – and didn’t make any sudden changes (meaning once you start, for god’s sake DON’T STOP!) – they literally schooled around you and you weren’t given a second thought.

The night market in Penang, Malaysia… 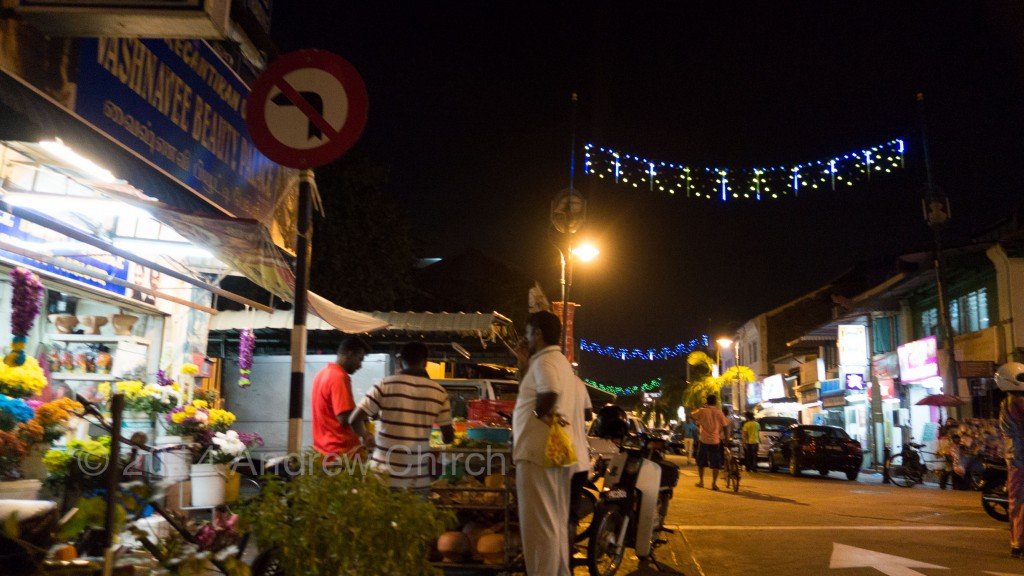 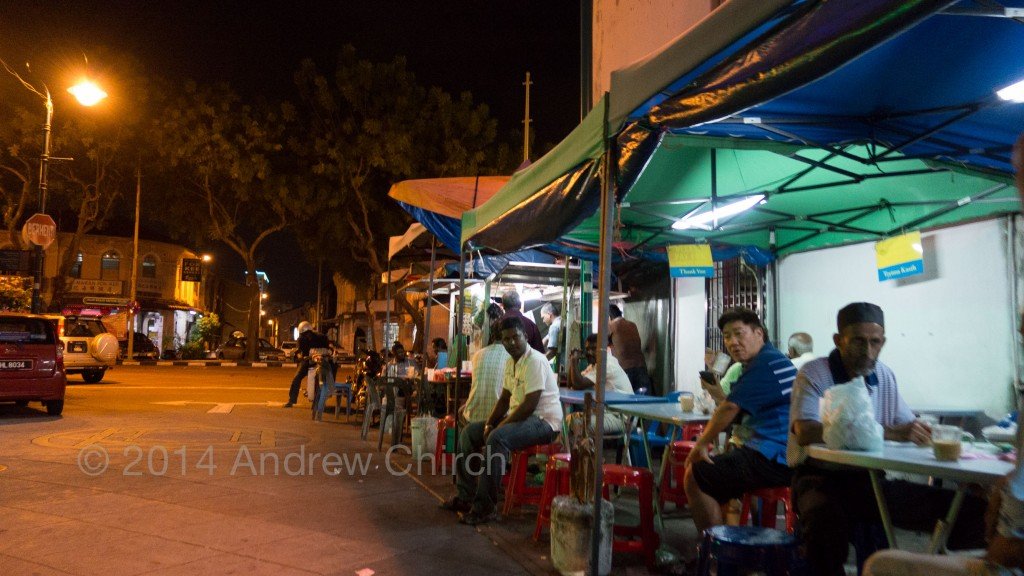 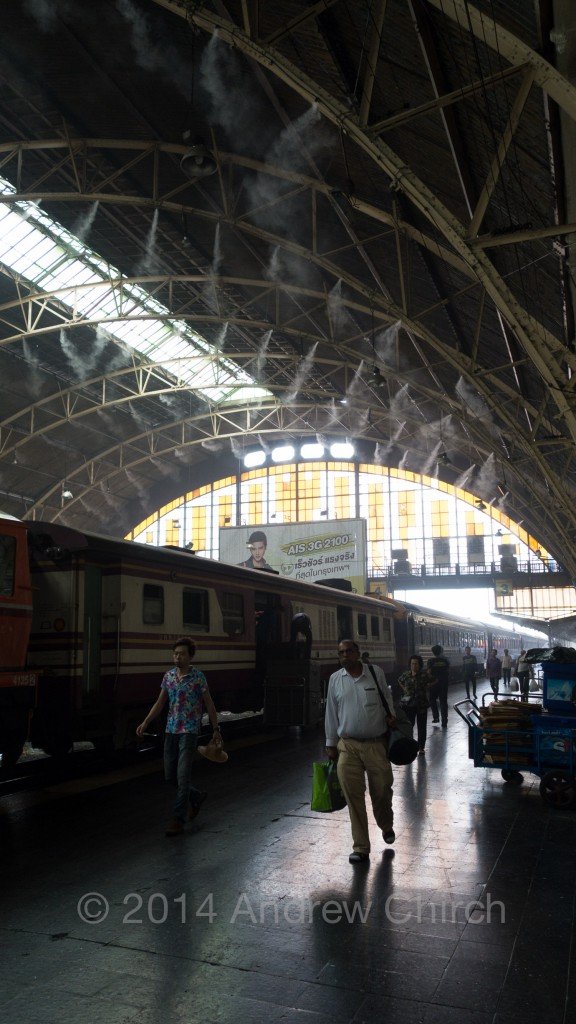 Taken from the Thai train: Running out to wave hello 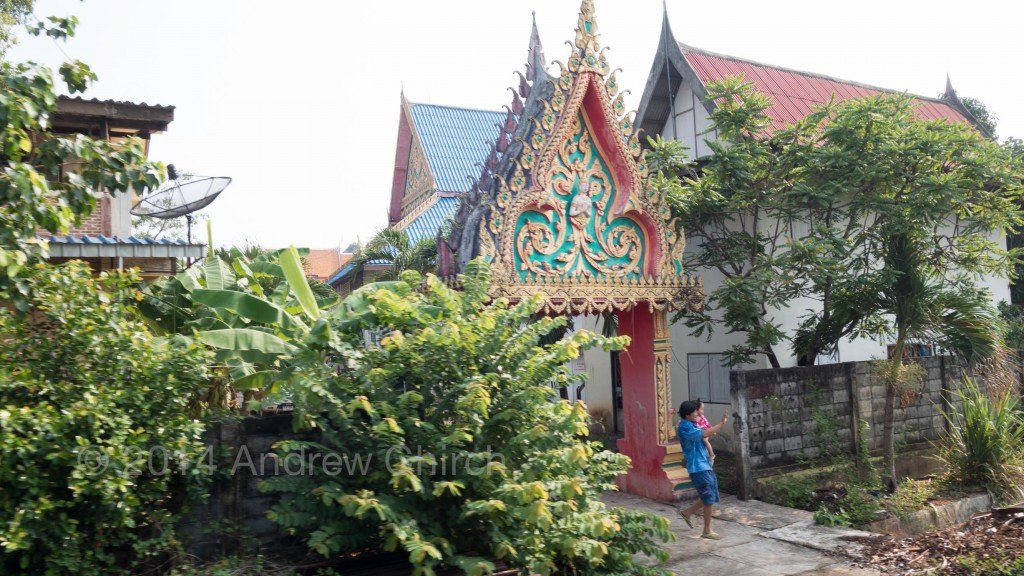 Some things that happen in Cambodia on scooters… 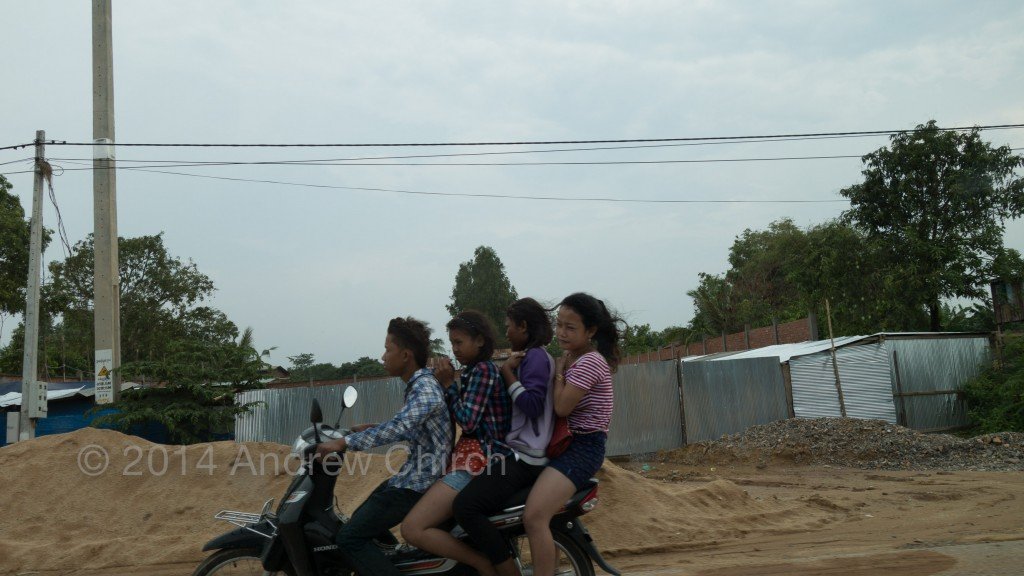 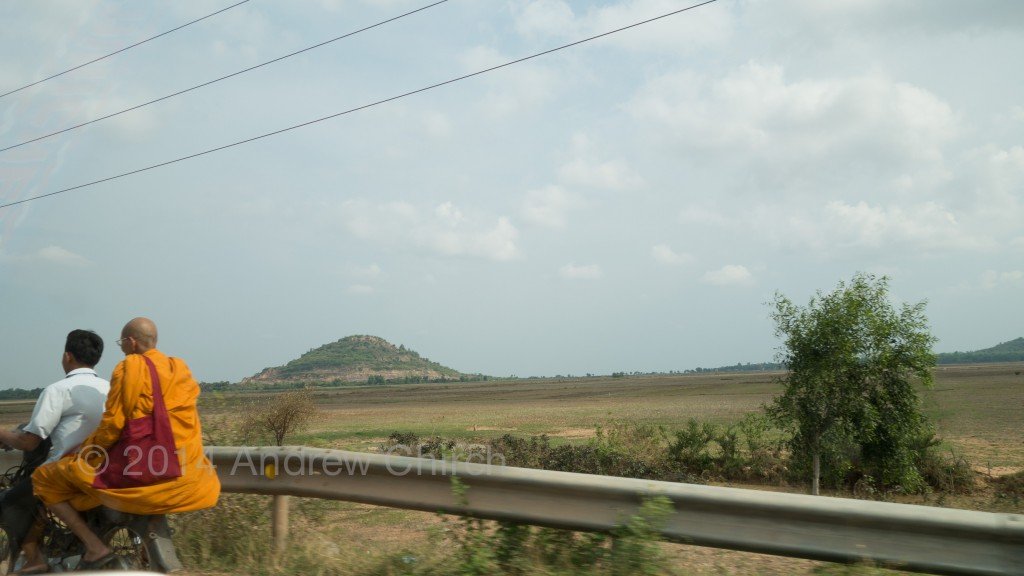 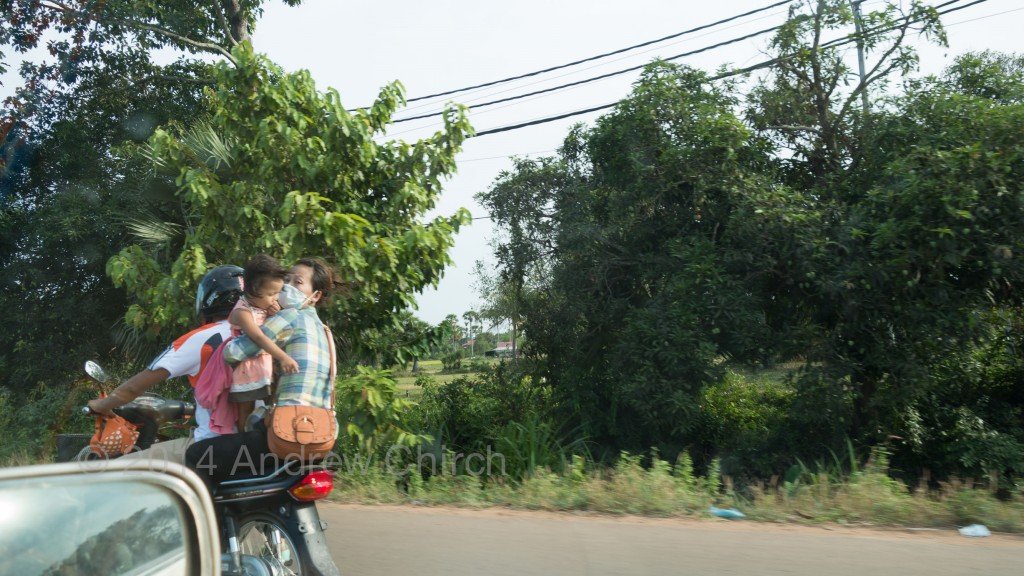 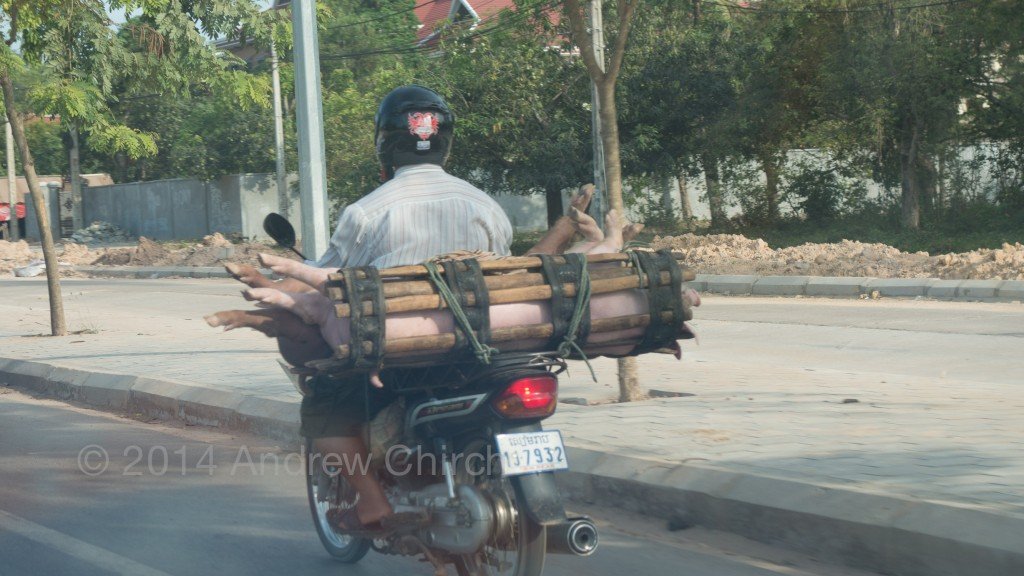 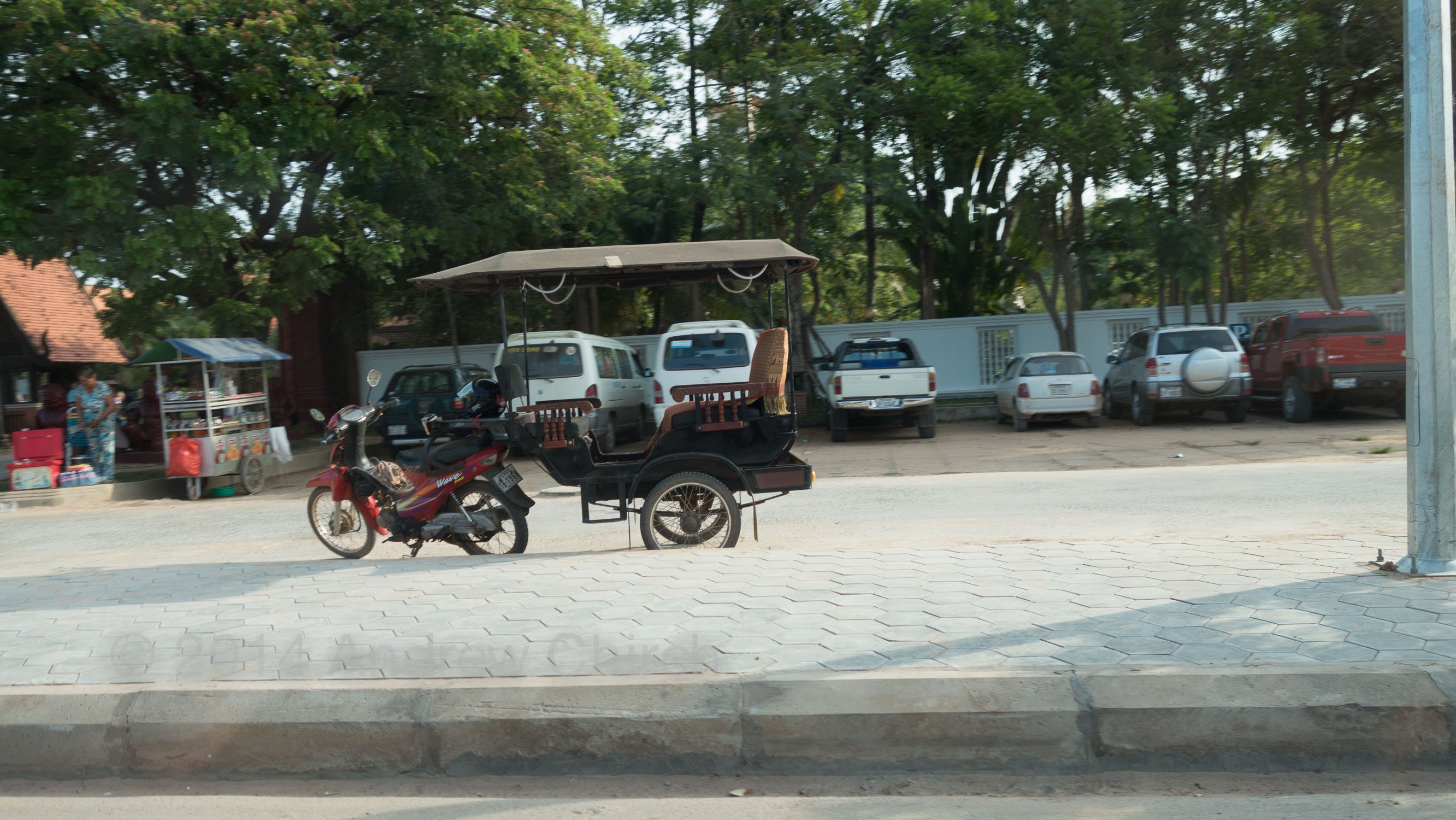 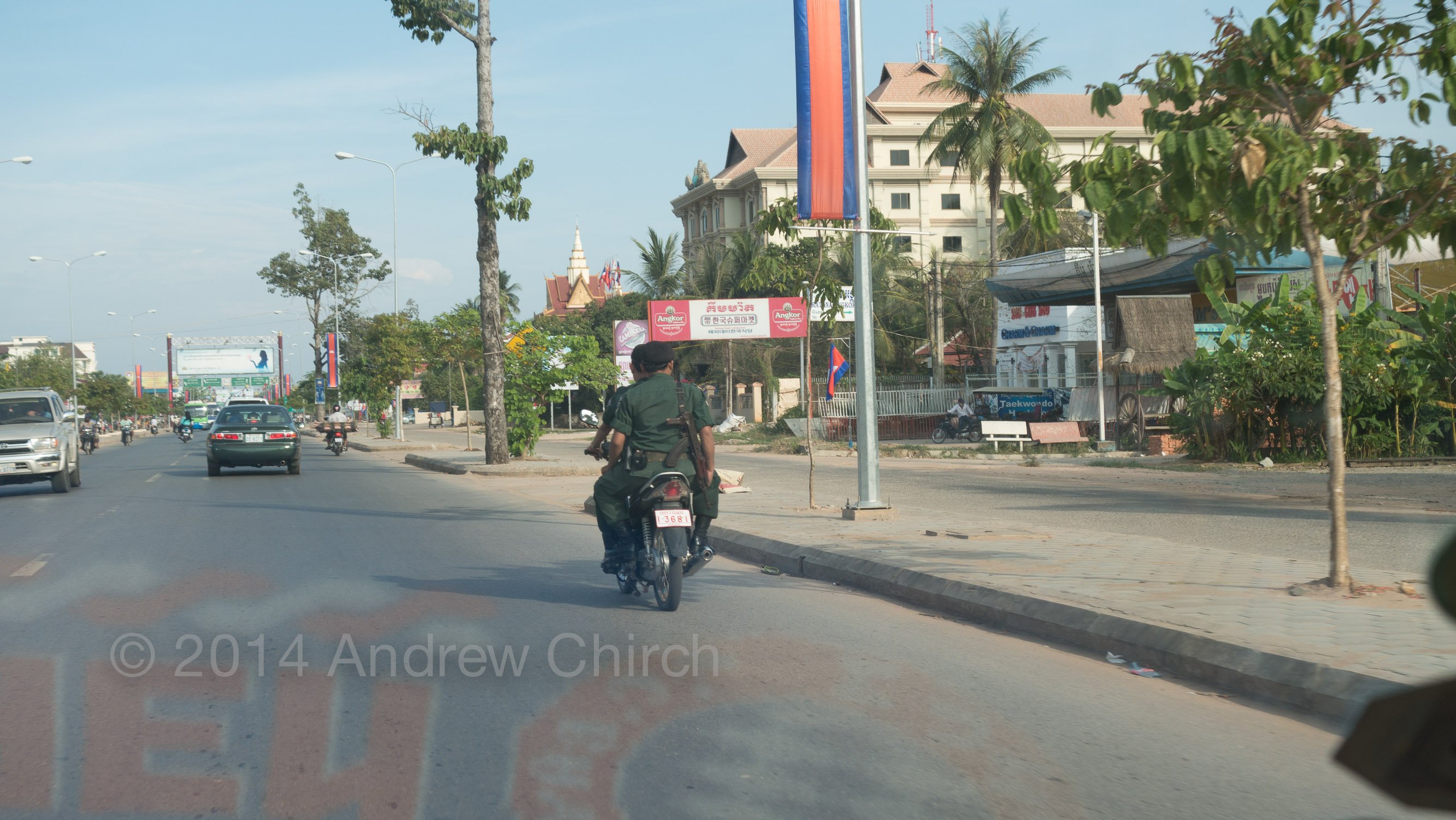 From the beautiful Royal gardens in Siem Reap, Cambodia 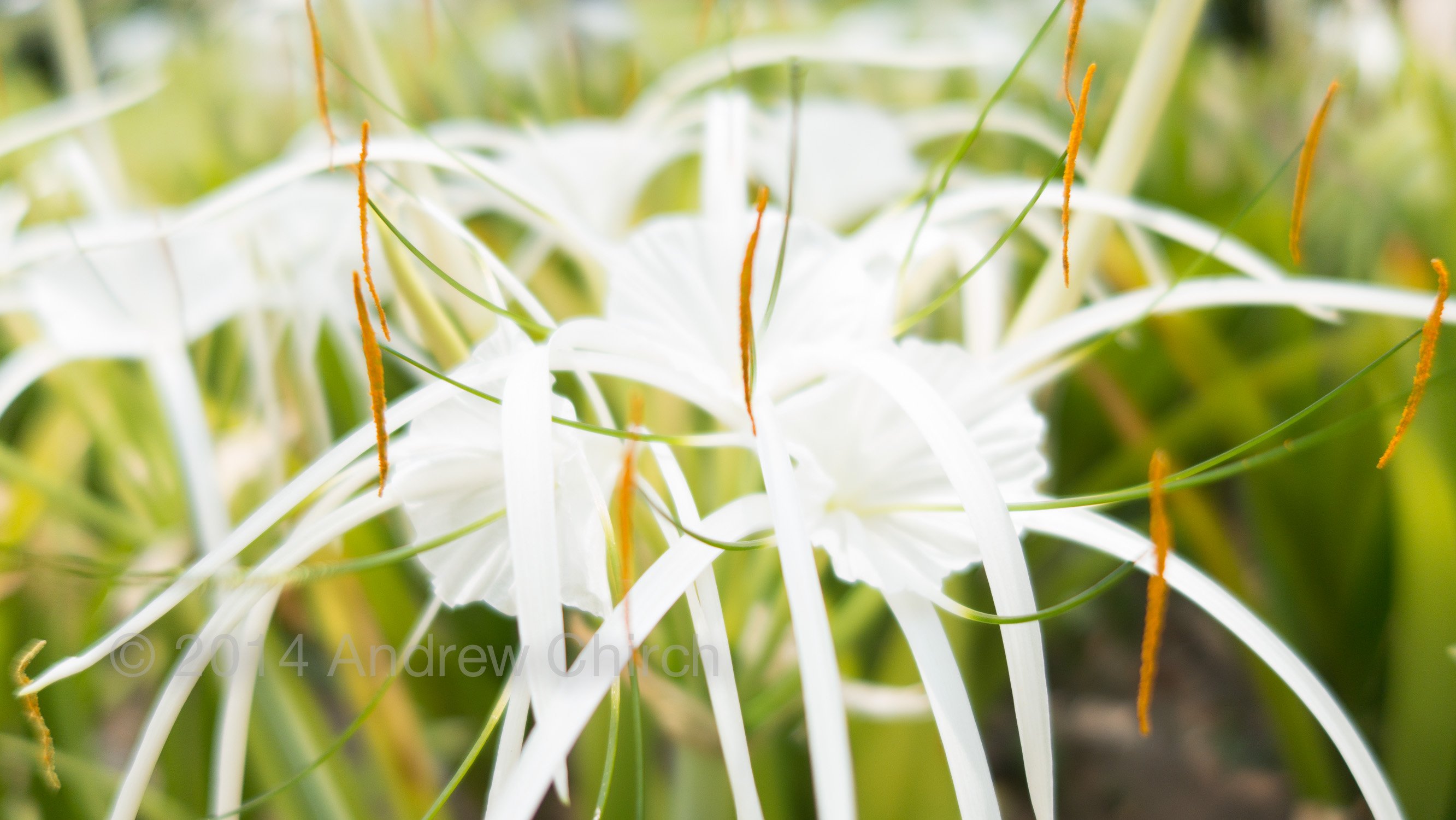 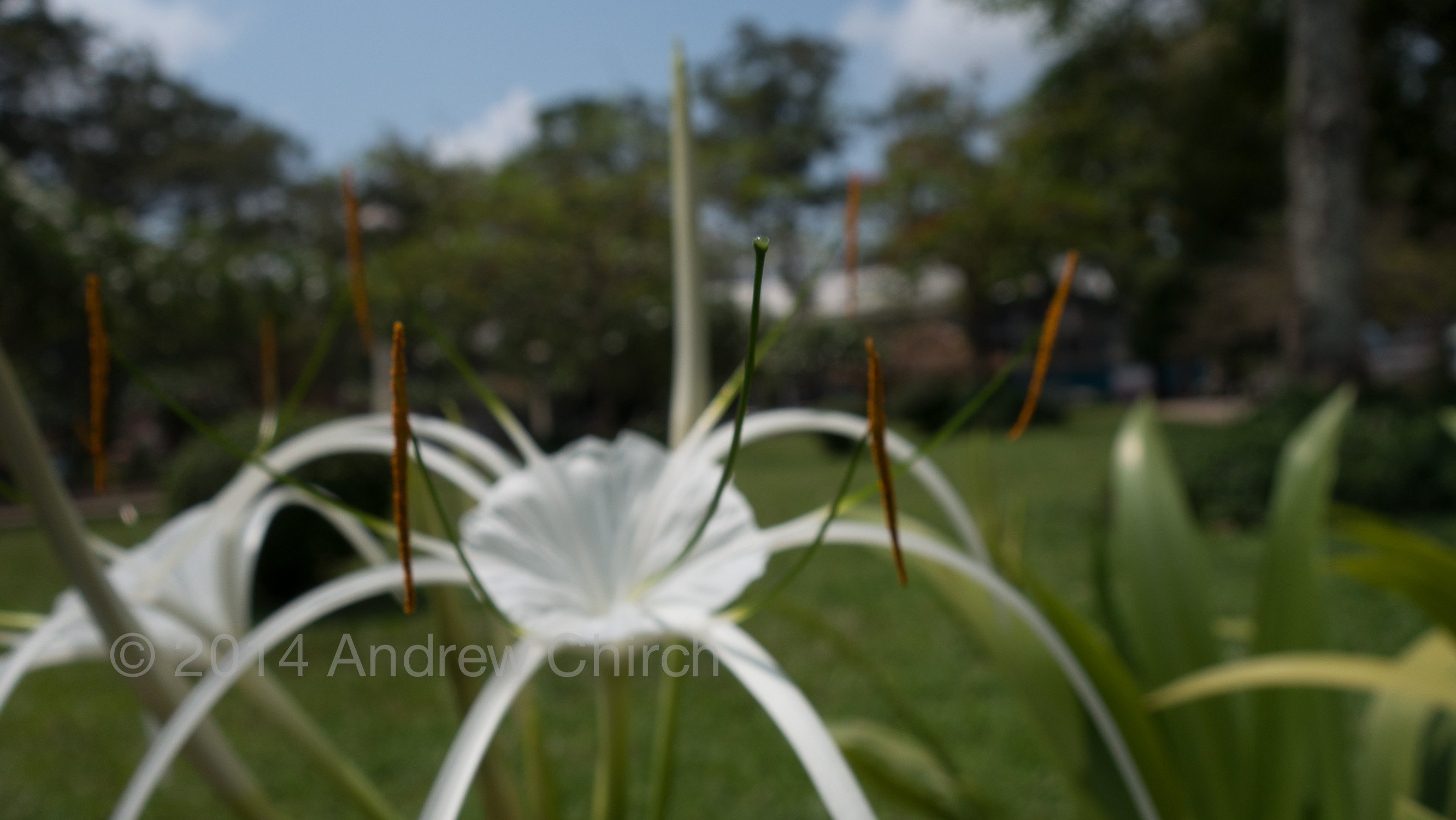 Our workspace in Siem Reap at the lovely Rosy Guesthouse. 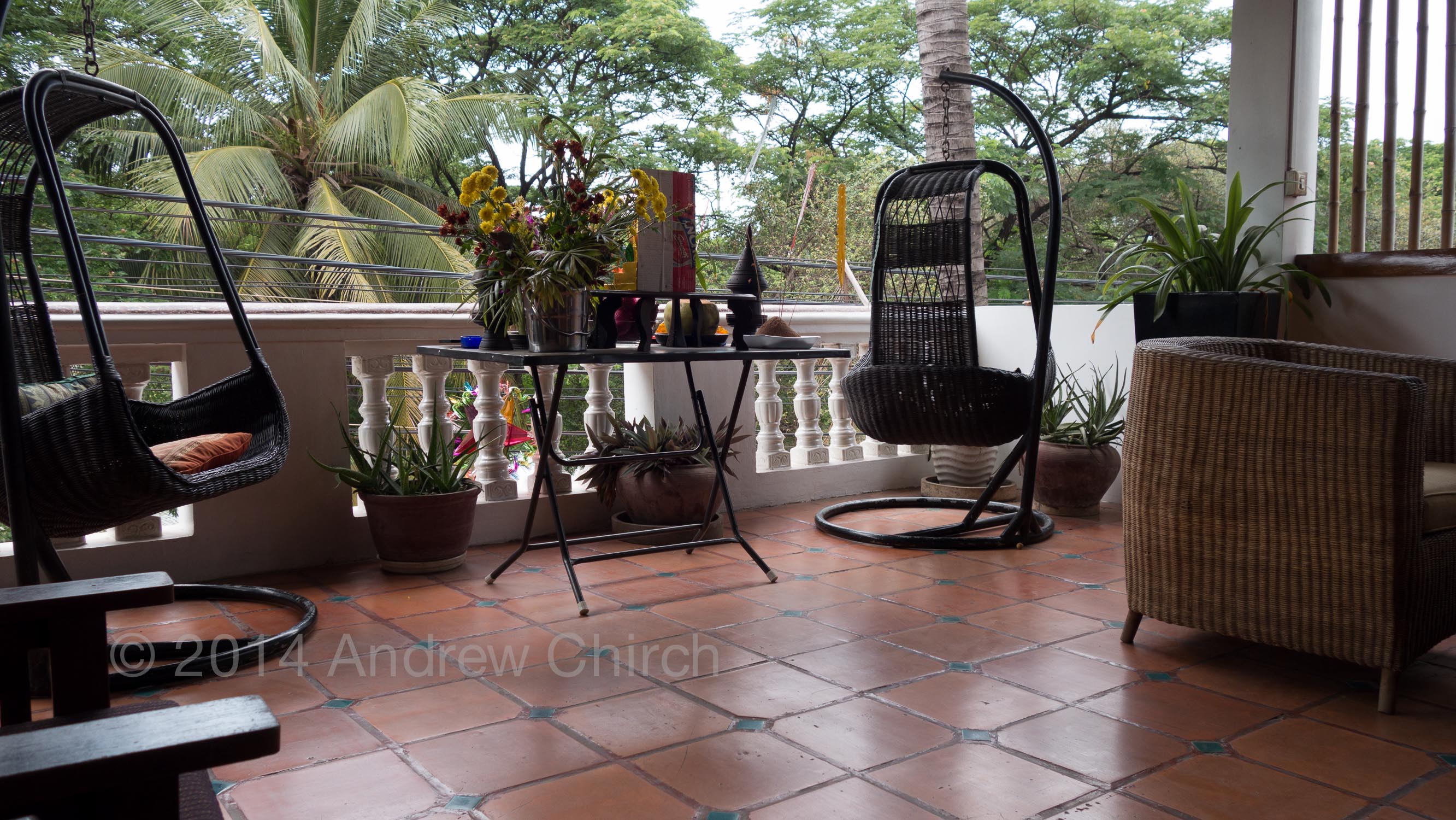 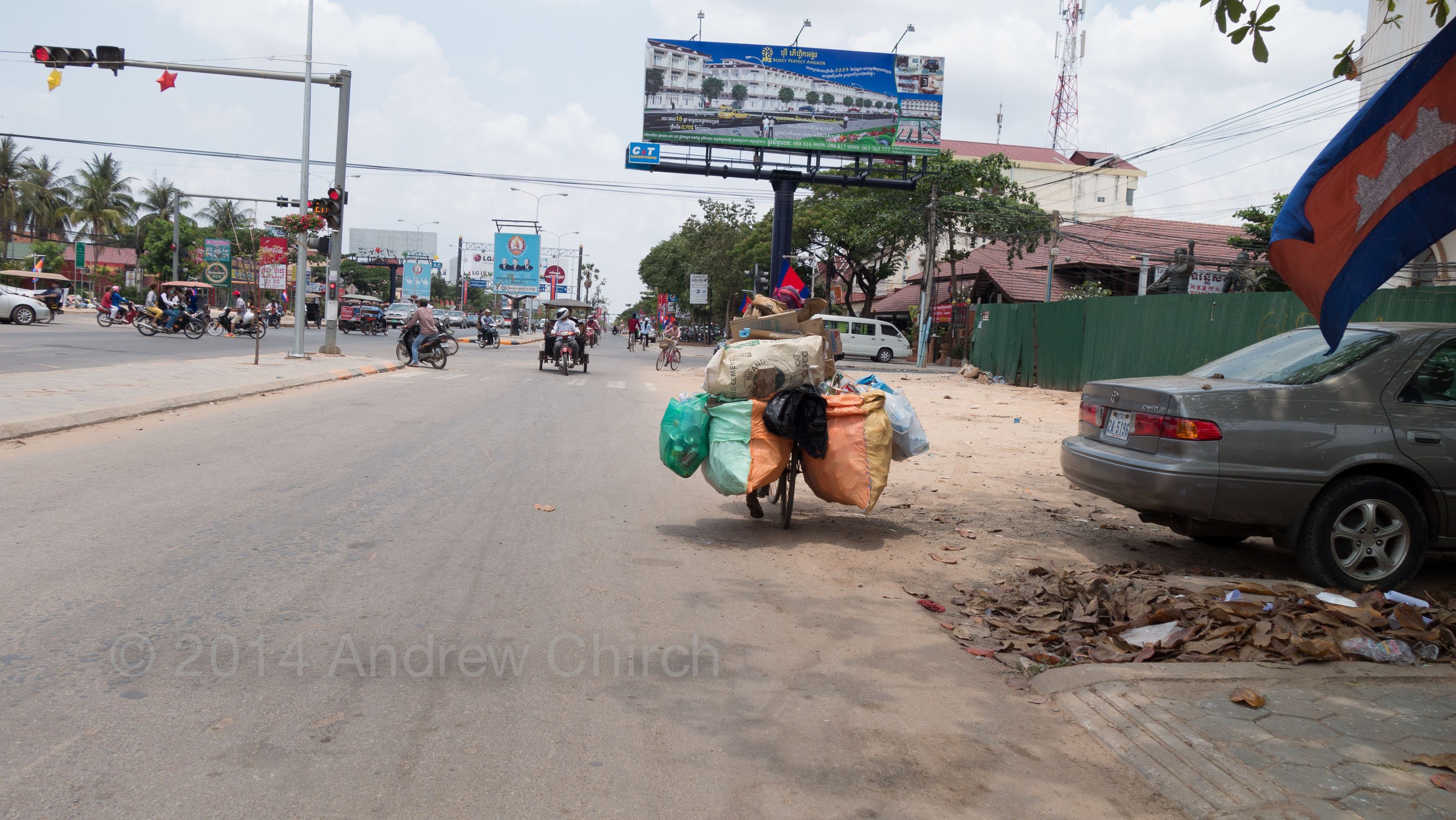 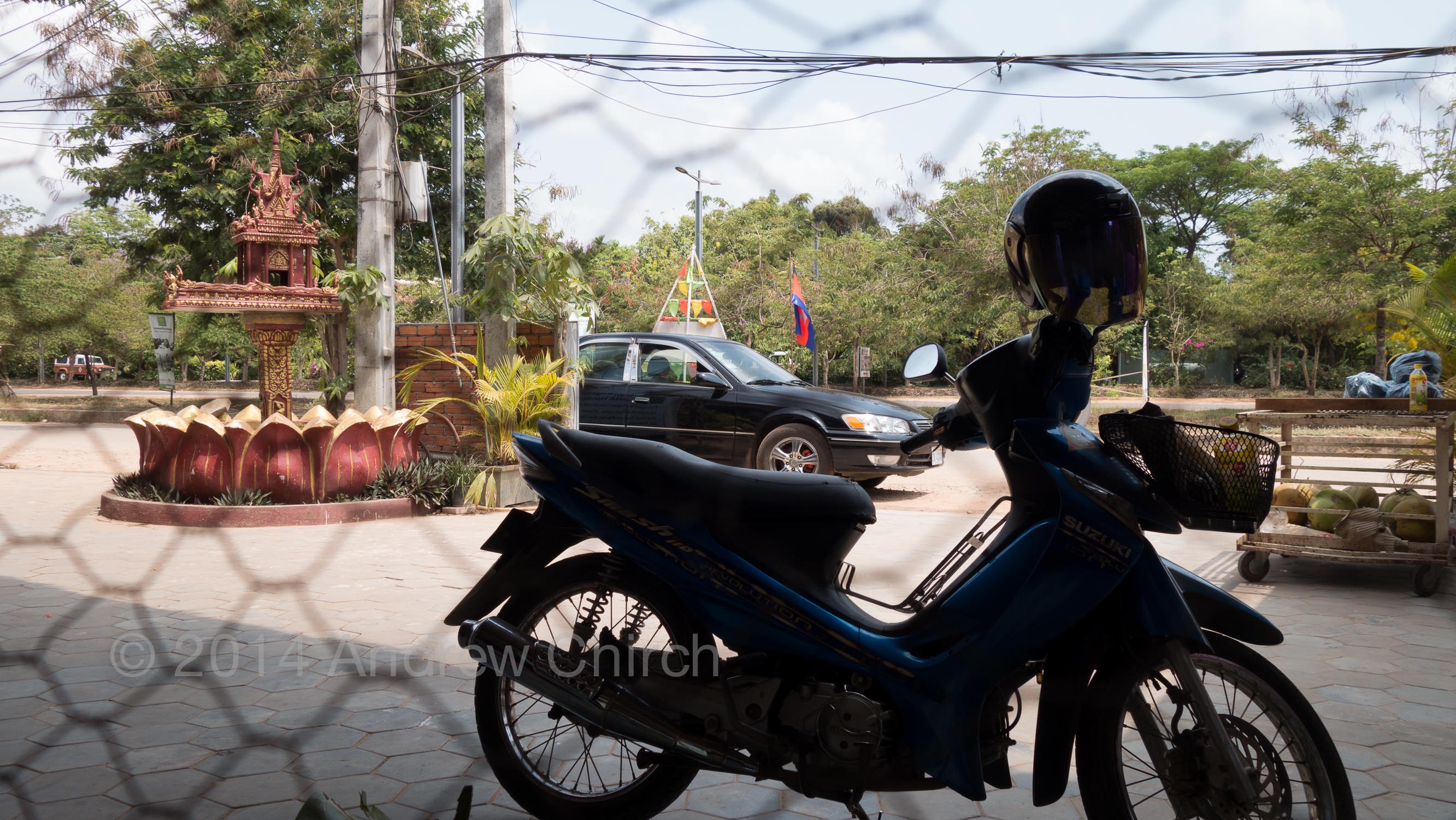 Vietnam. It just doesn’t get any greener. This is what rice paddies look like. I’ve heard about them since I was a kid. For some reason, seeing them in person was captivating. 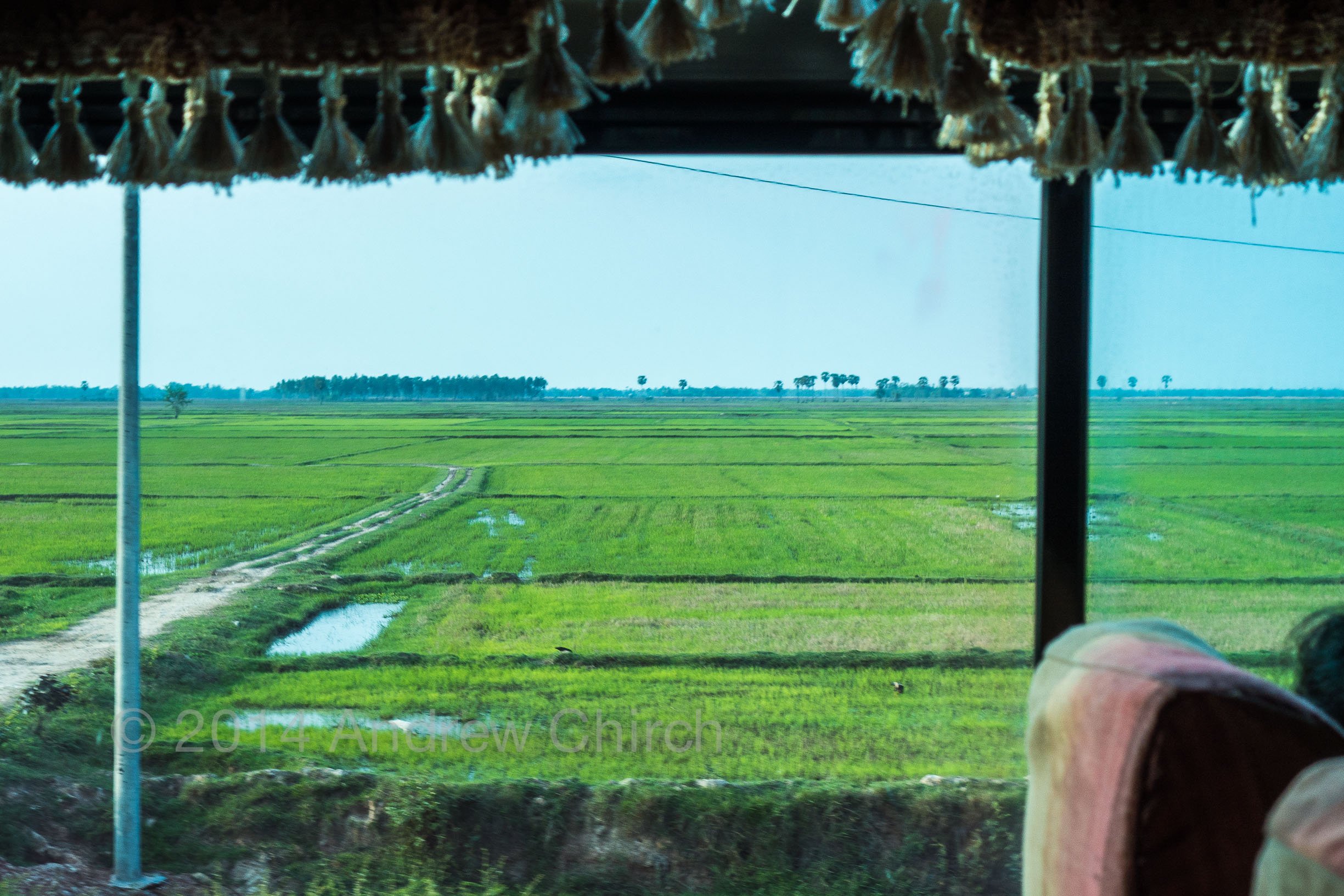 Ho Chi Minh City is an odd mixture of hectic and go-go-go, along with being loaded with lovely green park space like this. We were unexpectedly fans of this town. 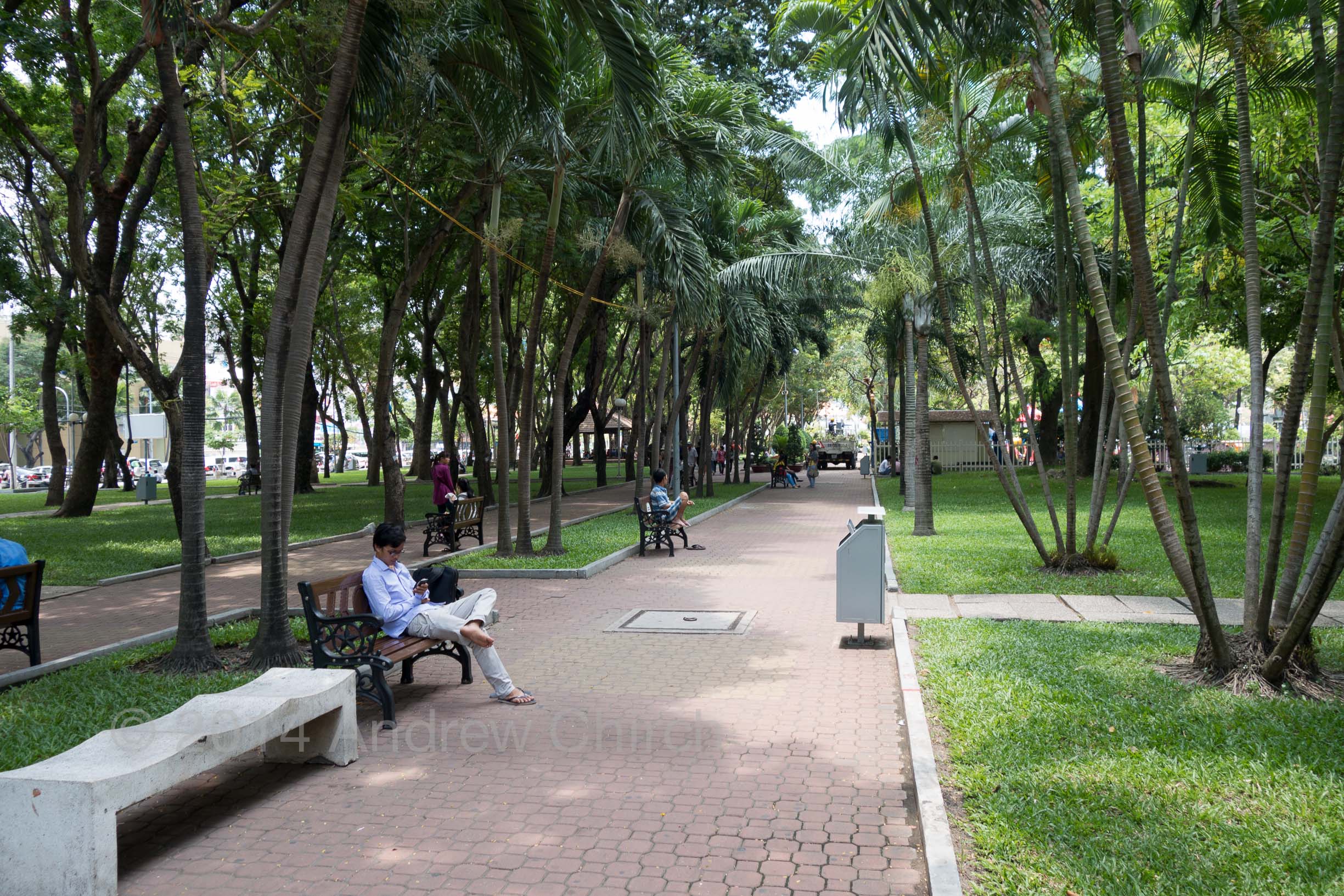 More pics later…. Until then, do something that makes you uncomfortable. It’s a good thing.